Omnia Nightclub is currently undergoing construction inside the Caesars Palace Hotel & Casino in Las Vegas. It is expected to be the next hit nightlife venue and is being built in what used to be Pure Nightclub. The multi-leveled club is positioned to open in spring of 2015 and rumor on the street is it's supposed to be massive (75,000 sq. feet). The entrance to the club is currently completely sealed off with a giant white barrier, hiding the club's contents within. On the outside, you can see from the photos that the balcony area shown in the first renderings is starting to take shape.

The nightclub is definitely pushing outward toward Las Vegas Blvd. While I was stopping to take photos, a security guard (who is not an official source of Omnia or Hakkasan Group) told me that Omnia Las Vegas was going to be both a nightclub and dayclub, and that it would be open 24 hours. Hakkasan Group has not released any information on such aspects, but the idea of a 24 hour venue of this magnitude would be interesting (we already feel bad for the tired managers). The question everyone wants to know is what DJs will be at Omnia Las Vegas? 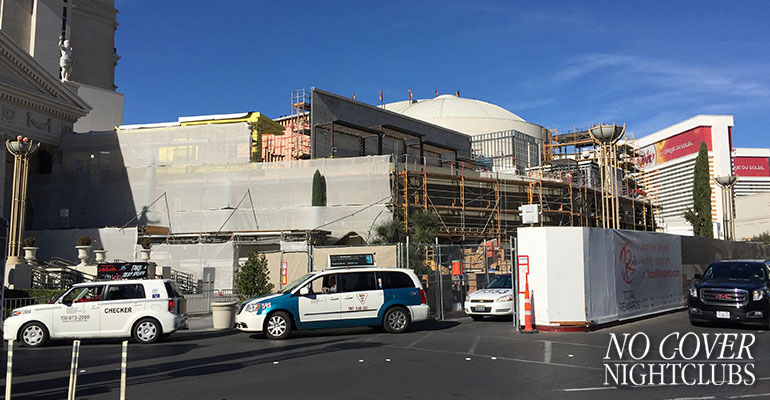